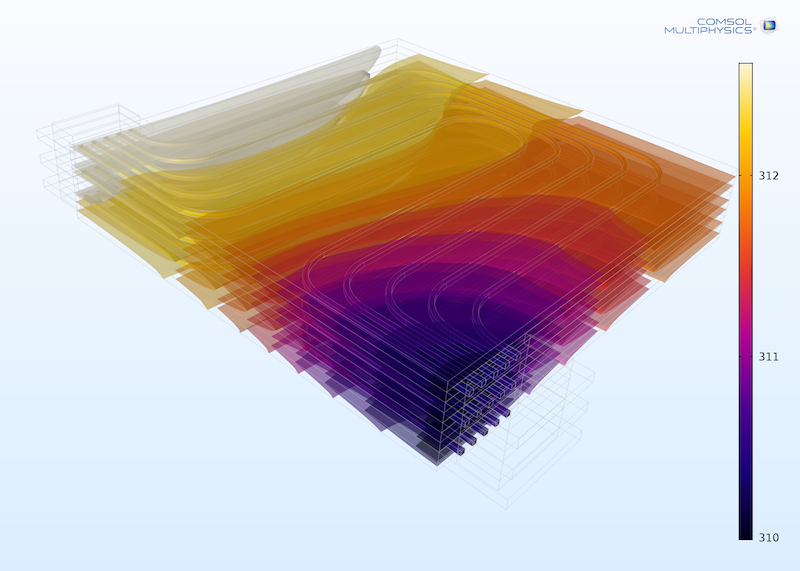 As synthetic hydrocarbons, our AmpCool products are flammable.  In order to ignite, enough energy has to be input  to raise the entire bulk of the coolant to the firepoint of the coolant.  In the case of AmpCool AC-250, that temperature is 306 C.  Whether this amount of energy could be input by a thermal event in a Li-Ion battery will depend on the cell configuration and several other factors.
In looking at the thermal profiles of Li-po 18650 cells, once the cells reach a temperature in excess of 160-200C they will undergo rapid thermal runaway, reaching temperatures in excess of 600C and emitting a great deal of hydrogen, methane, and ethylene – all of which are highly flammable.  In looking at this problem more closely, you have to ensure that you keep the temperature below the thermal runaway point, but at the same time get as much performance as possible by providing active thermal management.
You have three options
Air Cooling – This is the most inefficient as it requires the most weight and also the least flexibility, also there is no way to increase cooling performance as you approach the thermal runaway point since the system is already operating at maximum design potential given a certain air-flow and heat spreader sizing.
Two phase cooling – two phase coolants have the advantage of being non-flammable, but the disadvantage that they turn to gas well before the typical thermal runaway point.  This causes two problems – first, you have to vent all the heated coolant from the system before the closed system explodes due to pressure build up in the system.  Keep in mind that this problem is all or nothing as the two-phase coolants have a single boiling temperature and once this is exceed the entire coolant begins to undergo phase change.  Second, now that you have boiled away all the coolant you have no way to control or cool the system.
Single-phase Liquid Immersion Cooling – While these coolants (including AmpCool) do have a fire point, they are in excess of the thermal runaway point of the battery. This gives you the additional safety margin to cool the battery to avoid the thermal runaway problem.  You can continue to pump the coolant through the system and it remains in a liquid state for the entire process.   This makes the system much easier to manage and monitor because you do not have to worry about the coolant dissipating.  Not to mention that the weight of Single Phase Coolants is roughly half to a third that of two-phase coolants.
Unfortunately, once the batteries enter thermal runaway mode, there are few options available to contain the system, so the emphasis has to be on cooling the system effectively before that happens and having as much head room as possible to cool the batteries during operations and charging.
If you have a thermal management challenge, call us – we have a wealth of experience cooling difficult applications and would welcome the opportunity to work with you.
Image courtesy of Comsol Multiphysics.
Battery Cooling, Electric Vehicles, Dielectric Fluids This is a question that many people often ask themselves. Let's begin with a common factor; both...

I had the chance to present on Wednesday April 21, 2018 at the Open Compute Project - US Summit...