Non Corrosive Server Cooling?   Are your miners and servers eroding away in 2-phase coolants?

Dr. David Sundin
Share:
A few month ago, I spent about an hour on the phone with a very experienced Russian crypto miner, whom I'll call Sergey as he's a bit secretive about his mining operations.
Sergey had heard about Engineered Fluids's ElectroCool Dielectric Coolants on https://www.reddit.com/r/CryptoCurrency/ So at the time Sergey had his very expensive and hard-to-find GPUs immersed in a fluoridated two-phase coolant. In addition, Sergey had his ledger and primary servers also submerged in the same two-phase coolant.
His first question to me was, “what happens to the equipment when your fluid boils?” My answer was simple “ElectroCool is a single-phase fluid, so it never boils.” He paused and said “never?” I replied ”Correct. Never.” I went on to explain the operable temperature range of ElectroCool is from -60C to +300C and that it does not rely on a phase change to dissipate heat.
Sergey asked me “how often will I need to replace this ElectroCool, how fast does it lose its dielectric strength?” Now it was my turn to pause. Based on my knowledge at the time, I could not figure out where his line of questions was headed. What would cause Sergey’s fluoridated 2-phase dielectric fluid lose its dielectric strength?
"ElectroCool coolant has a 25yr shelf life, and we offer up to a 10yr operational characteristics warranty and material compatibility warranty if we can test the products in-house.” I replied.
Sergey’s response. "I am having to replace my two-phase coolant every 3-5 months because of the metallic particles caused by the bubbles. The bubbles are eroding the metals on my circuit boards, which causes the dielectric strength to fall. Before I started testing and replacing the coolant I was seeing power supplies short circuit. I must find an alternative to the coolants I'm using now. One with no bubbles."
Metallic contamination, now it made sense. In other words Sergey was experiencing "cavitation" or in this case what we call "mirco-cavitation." Micro-cavitation is the formation of vapor cavities in a liquid, small liquid-free zones ("bubbles" or "voids"), that are the consequence of forces acting upon the liquid, in this case the heat absorbed by the two-phase coolant which causes it to exceed its boiling temperature and under go a phase change. As these bubbles and voids explode / implode they generate micro shock waves which can cause metallic particles to be removed from the soft metals like solder, tin and copper on the heated elements of the board.
Micro-cavitation caused by 2-phase coolants has a number of negative effects on immersed equipment:.
1) It is mechanical, as opposed to chemical or oxidative, form of corrosion on the devices being cooled. This can lead to pins and leads being completely disconnected or even worse intermittent and transient failures.
2) The micro-metallic particles removed by cavitation end up suspended in the 2-phase coolant which eventually degrades its dielectric strength, leading to electrical shorts and failures.
3) Once the damage is done to the devices there is no way to repair the corrosion and the only way to stop the it is to either cover the entire board in some type of epoxy that acts as an ablative shield or move to single=phase coolants.
In all cases, micro-cavitation combined with the high cost of two-phase coolants, and the complexities of dealing with pressure vessels and gas condensers, and the constant evaporation of the coolant makes two-phase cooling an expensive proposition.
In the end Sergey decided to go with our ElectroCool EC-100 coolant as a replacement, the good news was that he was largely able to reuse his existing containment systems, although he did have to add some coolant circulation pumps, but even with this expense the cost savings in coolant pricing alone, not to mention the the added reliability more than made up for this upfront cost.

This is a question that many people often ask themselves. Let's begin with a common factor; both... 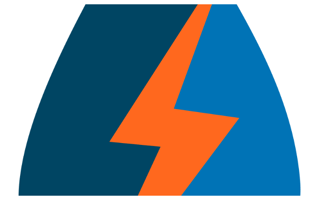 Is Two-phase Immersion Cooling Already Dead, Or Is It Too Early to Tell?